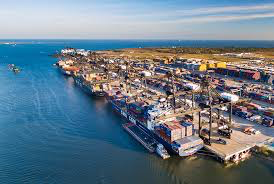 Located in Pasadena, Texas, Port Houston has an $801-billion impact and growing. A 2018 study by Martin Associates reports that Houston Ship Channel-related businesses supported 3,208,809 direct, induced, indirect and related jobs in the United States, of which 1,350,695 jobs were supported in the state of Texas. In addition, Martin Associates found that marine cargo activity at the public and private marine terminals at Port Houston and along the Houston Ship Channel supported a total of $801.9 billion of total U.S. economic value, of which $339.0 billion of total economic value was supported in the state of Texas. The PHA facilities supported $234.4 billion of total economic value to the U.S. economy. Having such an enormous economic engine located in Pasadena is a true benefit for the entire community.

About the Port of Houston

Port Houston is the largest port on the Gulf Coast and the biggest port in Texas. The Port consists of a 25-mile-long complex of nearly 200 private and public industrial terminals along the 52-mile-long Houston Ship Channel. The eight public terminals are owned, operated, managed or leased by Port Houston and include the general cargo terminals at the Turning Basin, Care, Jacintoport, Woodhouse, and the Barbours Cut and Bayport container terminals. 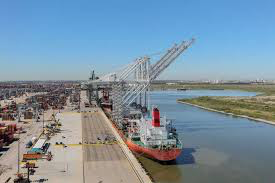 Each year, more than 247 million tons of cargo move through the greater Port of Houston, carried by more than 8,200 vessels and 215,000  barges. The port is consistently ranked 1st in the United States in foreign waterborne tonnage; 1st in U.S. imports; 1st in U.S. export tonnage and 2nd in the U.S. in total tonnage. It is also the nation’s leading breakbulk port, handling 52 percent of project cargo at Gulf Coast ports.

Port Houston is a center for international trade and a location near the Port is advantageous for any trade-related business, or those wishing to benefit from the constant traffic coming in and out of the Port. For example, Port Houston is home to multinational corporations and small businesses. In addition, Pasadena’s retailers, restaurants and hospitality companies generate much business from ship workers needing to come ashore to shop or get some much needed rest and relaxation.

Pasadena Provides Easy Access to the Rest of the United States

One reason Port Houston  does so much business is the convenient access it provides due to its location on the Gulf Coast and the access it offers to the rest of the United States. Pasadena lies within close reach of one of the nation’s largest concentrations of 152 million consumers within 1,000 miles. Ample truck, rail and air connections allow shippers to economically transport their goods between Port Houston and inland points.

Port Houston also offers business opportunities for Pasadena’s entrepreneurs and anyone looking to invest in the area. The Port has a Free Trade Zone, creating tax incentives. In addition, there are opportunities to lease space at the Port. To view available properties, click here.

Pasadena teen with rare condition is a YouTube star and inspiration

There's only one way to tour the Port of Houston, and it's free 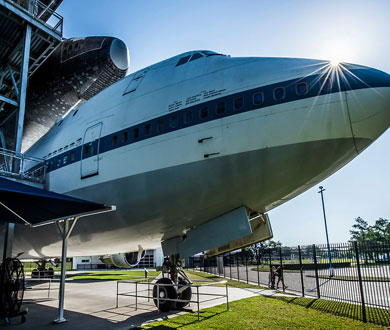 Now is the right time to invest in Pasadena. Four million people are expected to move to the Houston-metro region over the next 20 years. Pasadena is in the heart of that action.